I recommend you start at the beginning, but if you’re like me and you have no real use for directions, proceed!

#7 A Study on Exploiting Commercial Digital Games into School Context.

When many of us think about implementing games into our educational and training contexts, its really easy to wonder if there is a game out there that meets our needs.  While it can be tempting, I find that more often than not a game that was designed to teach something else will, indeed, teach something else.  There are, however, opportunities to use games for higher order thinking skills and soft skills as those are generalizable.  There is also the potential to modify or mod a game to suit one’s needs.

This study used a version of a commercial game that they felt was most similarly aligned with their learning objectives.  While I can’t attest to their use of any game, the game selected for this research was a very popular game, The Sims.  Specifically, this study used a version titled, The Sims 2: Open for Business.  In this study, the researchers hypothesized that the use of this game could impact achievement in math, general education and that the game could affect the attitudes of its players towards math teaching and learning. 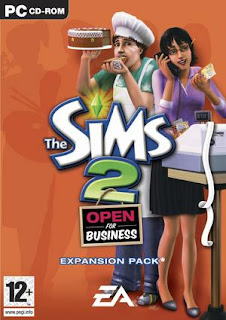 The study included 56 participants who were aged 13-14 and lived in Athens, Greece.  The randomly assigned groups were pre-tested to ensure that their math scores did not significantly differ prior to the intervention.  While results did not demonstrate higher or lower achievement in math, there was a difference indicating an increase in general education for the group that used the game.  Unfortunately, there was no difference in attitudes towards math teaching or learning.

While these results seem lackluster, they do affirm the difficulty in using a commercial game for a purpose it wasn’t specifically designed for.  This may seem a bit contrary, considering the previous results indicated for the commercially available Peacemaker game, but its important to remember that Peacemaker was designed to have the impact the researchers tested, while the Sims 2 was not.

#6 The Effect of Action Video Game Experience on Task Switching

The ability to switch tasks quickly and effectively has grown more important as technology and workplaces become more topically diverse.  Certainly today’s military is concerned with this ability, but many types of organizations can benefit from this skill whether it be transitioning from one meeting to the next or the ability to respond to emergencies during high workload times.  This study expands on a line of research dedicated to the impact of video games on cognitive/perceptual abilities.

This particular study focused on task switching, and its researchers sought to better understand the potential impact that action based video games might have on it.  The researchers conducted a series of 4 studies:

Study 2 focused on replicating the findings in Study 1 with a more cognitive task, which resulted again in action game players demonstrating greater agility.

Study 3 increased the difficulty of the cognitive task in Study 2, and again resulted in action game players demonstrating an advantage.

Study 4 sought to determine if action games could be used to remediate the non gamers to reduce their response times.  In this study the non gamers were asked to play approximately 50 hours of either an action game or a simple game.  While both groups improved, the group that played action games demonstrated increased improvement.